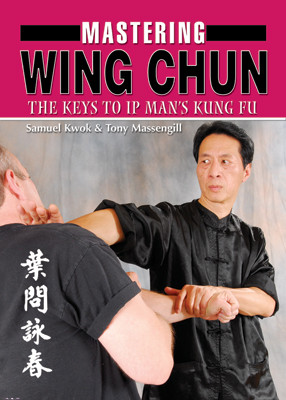 In this book, the keys to the Ip Man Wing Chun Kung Fu system are explained. The three hand sets are shown in detail, along with the application of the key movements. One of the keys to Wing Chun is laying a proper foundation. The first form Siu Lim Tao (Little Idea) is the development of that foundation. While the first form teaches the correct structure of the attacks and defensive movements, it is in Chum Kiu that the student learns to “seek the bridge” and use both hands simultaneously, such as one hand defending while the other attacks.  The third form, Biu Gee (Thrusting Fingers), also known as the (First Aid) form, teaches the keys to recovery from the loss of a superior position in fighting.  Biu Gee training is one of the keys to learning to focus energy into a strike. Also covered is the Chi Sao (Sticking Hands) training of Wing Chun, as well as the key principles that have made Ip Man Wing Chun one of the most famous Kung Fu systems in the world.