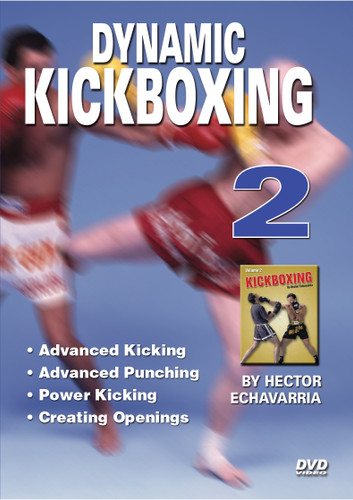 Hector Echavarria is a former champion of the “U.S. Karate Association” and the “American Karate Association” and a “Vale Tudo Kickboxing Champion”. In the advanced volumes (2 & 3), Master Echavarria demonstrates combinations of punches and kicks, advanced kick techniques, various defense techniques against kicks from an opponent: trapping opponent's kick, sweeping the opponent's kick, using distance or proximity to opponent as defense against kicks. He also demonstrates how to create openings in the opponent's defense by using fakes, feints, and opponent's expectation of your next move.