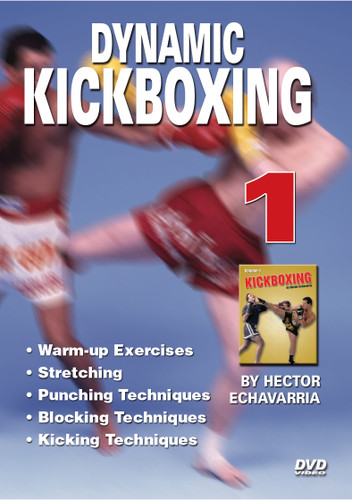 Hector Echavarria is a former champion of the “U.S. Karate Association” and the “American Karate Association” and a “Vale Tudo Kickboxing Champion”. In the volume 1 of this three DVD series, Hector Echavarria demonstrates warm up exercises, good fighting distance, basic fighting stance and footwork. He demonstrates basic punches: the jab, the cross, uppercut, hook, basic kicks: the roundhouse kick, side kick, and a front push kick to stop an opponent and control fighting distance. Hector demonstrates how a Muay Thai kick goes thru the opponent where as a karate kick makes contact; but does not have the same penetration through the opponent.