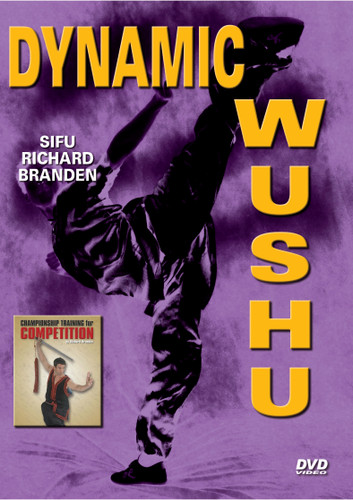 Sifu Richard Branden, the founder and force behind Studio Kicks Palo Alto was a six-time world champion in Chinese martial arts (commonly referred to as Kung Fu or Wushu). Internationally recognized and rated #1 in the U.S. for ten consecutive years, Mr. Branden’s awards included over 35 national titles and 5 Hall of Fame awards. He was featured in numerous national and international martial arts publications, and a few of his roles in the entertainment industry include WMAC Masters’ Ying-Yang Man, “Mortal Kombat” and original stunt cast member of “Mighty Morphin Power Rangers”. Based on his profound respect for martial arts — he experienced first hand how it can significantly influence and shape a person’s life and perspective in a positive way through focus, discipline, confidence and overall mental and physical fitness. This DVD shows his training and championship skills in the art of Wushu. He passed away on Wednesday, December 11, 2013. Richard was a resident of Sunnyvale, California.