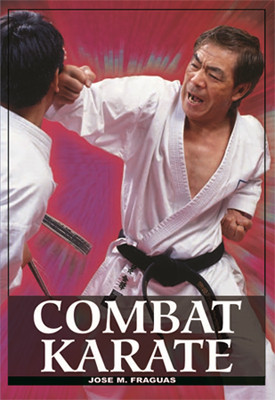 The methods of the world’s greatest karate fighters have been gathered together into this incredible volume to demonstrate the most closely-guarded secrets of sport competition, bare-knuckle fighting, and life-or-death street combat!  The highly-technical and brutally effective methods of karate’s most dangerous masters are revealed for the first time in a single spectacular book! Hirokazu Kanazawa, Fumio Demura, Morio Higaonna, Tak Kubota, Seiji Nishimura, and Kyoshi Yamazaki are only a few of the karate masters who make this book a complete guide to understanding and developing a working knowledge of the world’s most feared fighting art. Their knowledge is the fruit of experience, proven in the fires of combat and tempered with the single-minded goal of devastating efficiency!  In addition to presenting numerous “how-to” techniques, each master reveals fascinating hidden aspects of karate-do, going back to the combat essentials developed in Okinawa, where unarmed peasants used the art of the “open hand” to defeat heavily-armed bandits and armored invaders! In this unique book, martial artists of all styles and ranks can learn the keys to timing and strategy, the important elements of bunkai and onyo bunkai, explosive and effective self-defense principles, and many other master-level concepts that will provide a different perspective on unarmed combat than anything seen or practiced before!