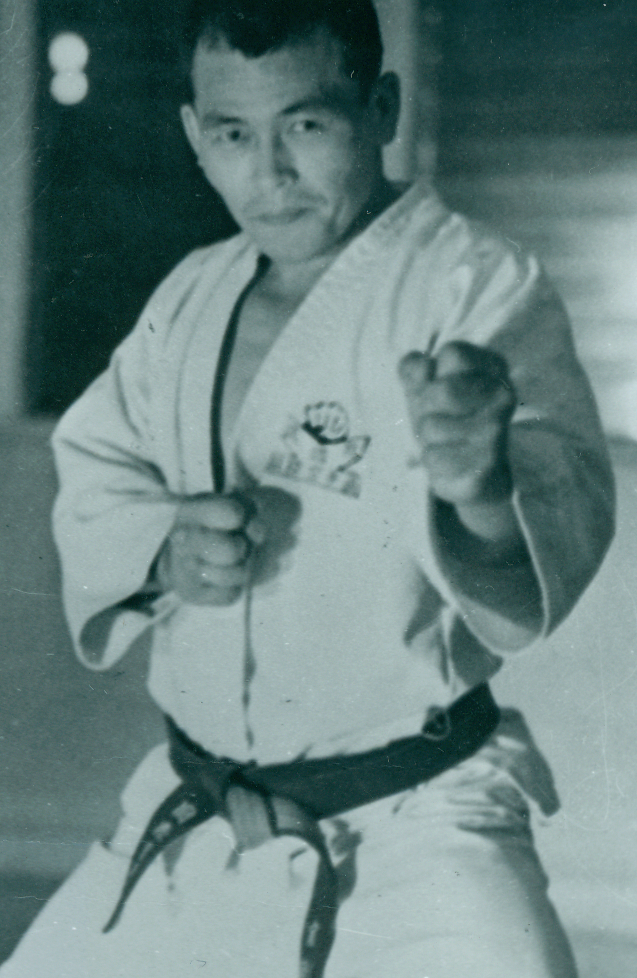 During World Word Two, many Okinawans came to my home in Kyusho and my family helped some of them. Two of these men were experts in to-de (it was not called karate in Okinawa at that time) and taught to the townspeople in return for their assistance. Their names were Terada and Tokunaga. When I was only four years old, my father began to teach me the very basics of karate do - kihon, kata and a lot of makiwara training. My training was very hard; everything evolved around number 500: 500 kicks, 500 punches, 500 stance changes, 500 hits to the makiwara, and 50 minutes of kata. Everyday was very much the same. My father was teaching me karate to fight to kill, not for self-improvement or sport but for war. We had no gi’s to wear after the war, but it didn’t matter, we just trained very, very hard for real fighting. That is the way karate was taught in those days. Later on, I moved on to Master Kanken Toyama's dojo. Toyama Shihan was a direct student of Yasutsune Itosu and Kanryo Higaonna.

It is true that some styles have weak points and where the student reaches the black belt level he might see those so he decides to go out and train in a different style. Some styles are very strong but they are weak in defense. Other are very fast but lack stamina. 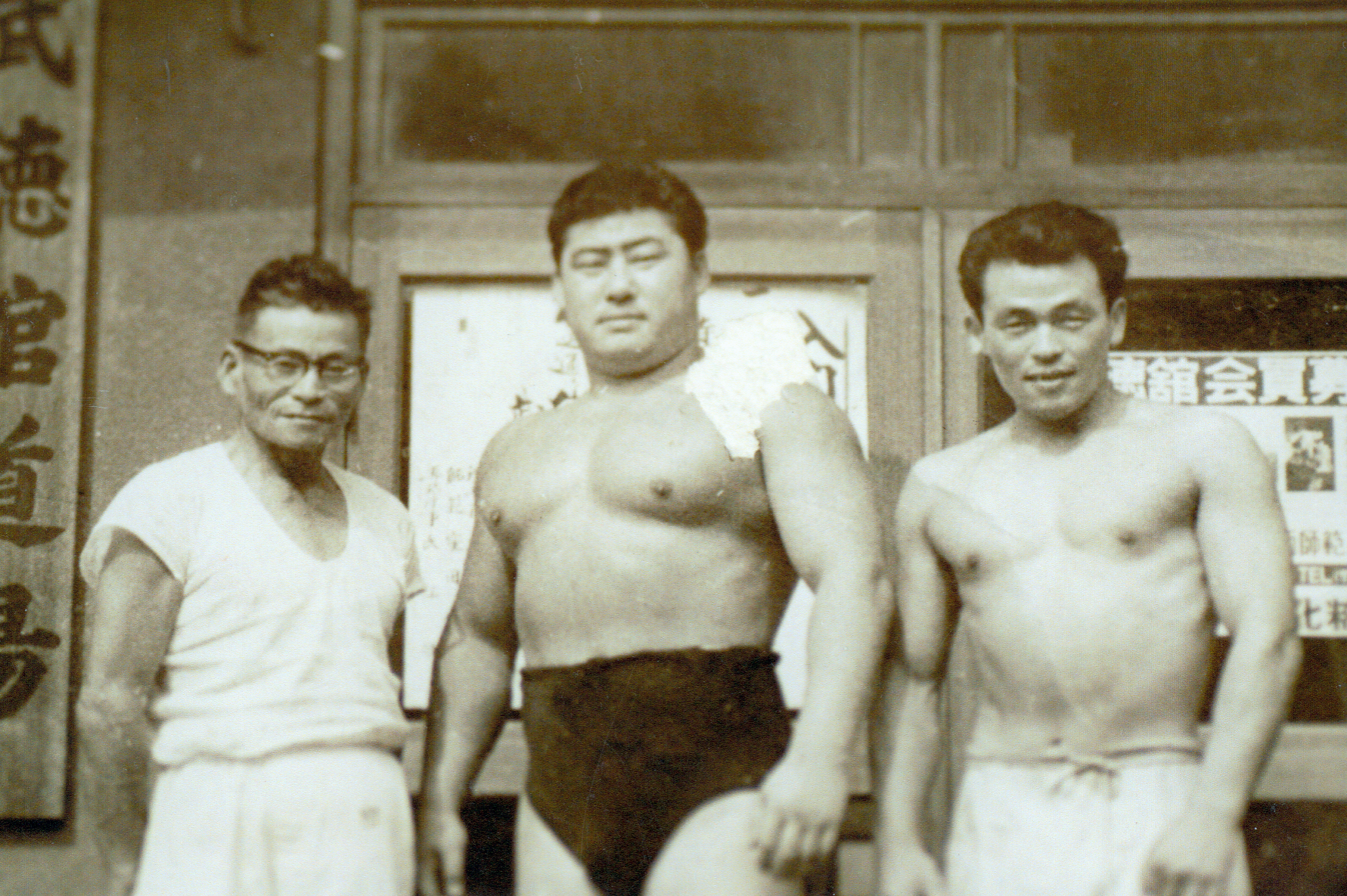 I teach how to use power when power is the answer, how to use speed when speed is the answer, and how to use evasion when evasion has to be used. Neither one of those work all the time under all circumstances. You need to have all the physical elements but also intelligence in order to combine then efficiently.

I made changes. It is not that I have changed the basic techniques but since I have studied different styles I understand their strong and weak points. For instance, some karate styles are very good at offensive maneuvers but they lack an extensive repertoire in defensive actions. In this metido, I have incorporated many different methods. 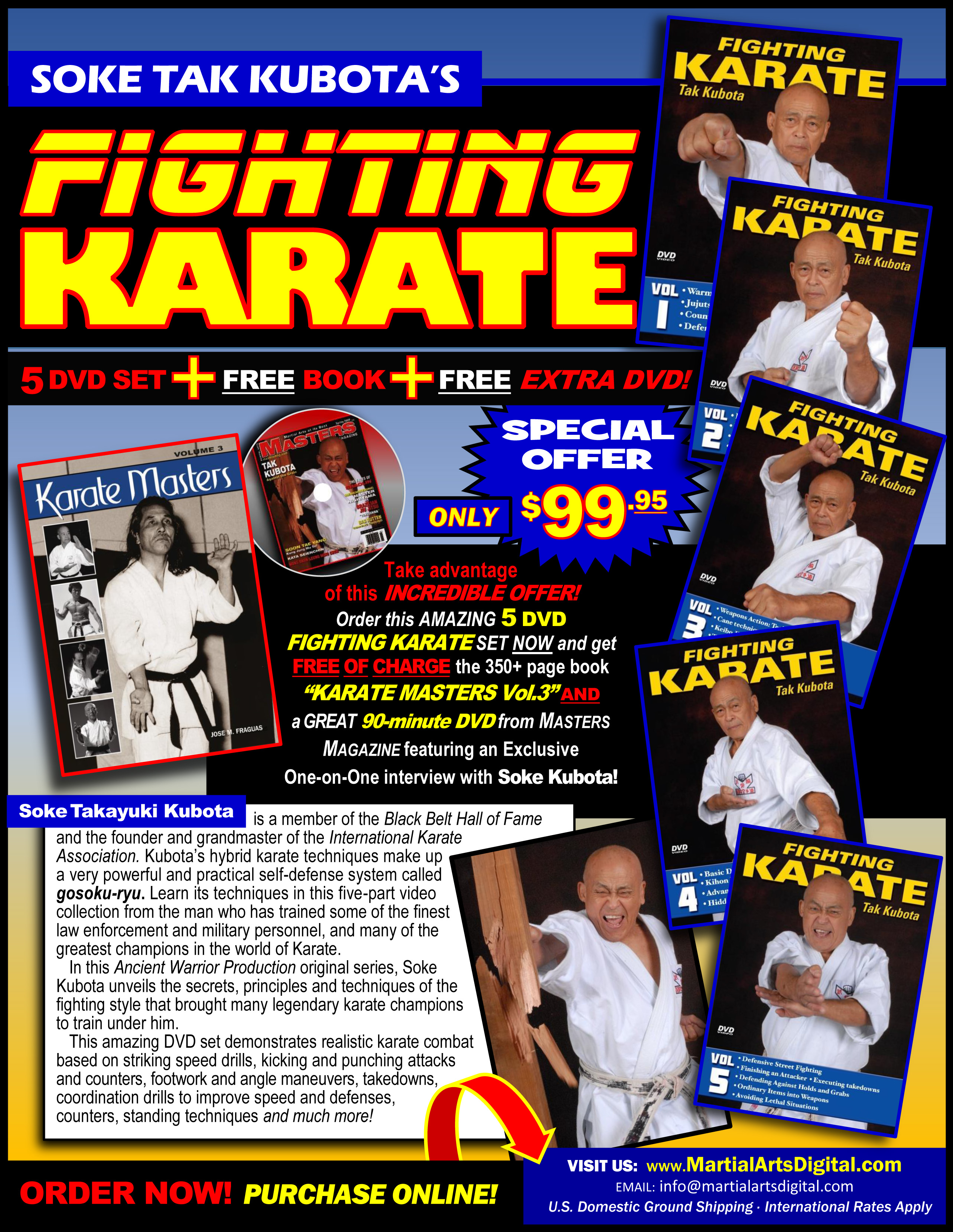